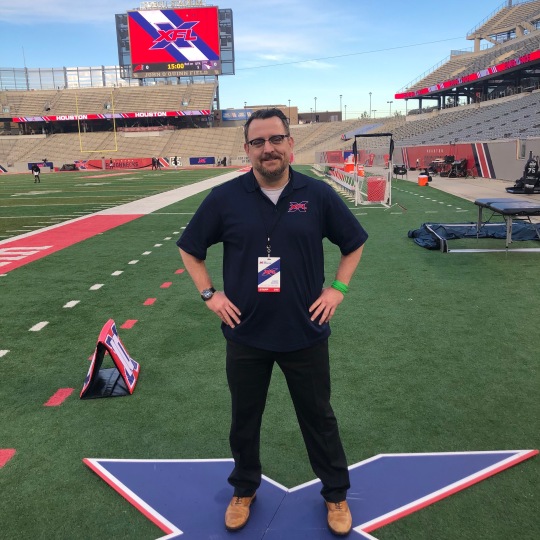 NEW as of MAY, 2020 — HAVE ME JOIN YOUR COMPANY “ZOOM” CALL FOR STORIES OF MOTIVATION, INSPIRATION & LAUGHS WHEN THINGS DIDN’T ALWAYS GO SO WELL AS CREATOR & ORIGINAL HOUSTON ROCKETS MASCOT CLUTCH THE BEAR 1995-2016

Amazon, Disco, Myriad Global Media, Texas Education Service Center for Early Childhood Special Education & many local Houston businesses and organizations have all had me join them with stories ranging from triumph over tragedy & perseverance like running a 1/2 marathon in a teddy bear mascot costume for organ donation to hysterical blunders despite best efforts like shooting a player with a T-shirt cannon which put him out of the game!

THE BIG NEWS!  1 way WE can greatly reduce the spread of COVID-19! 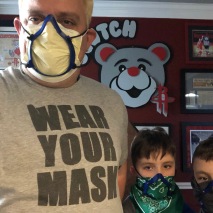 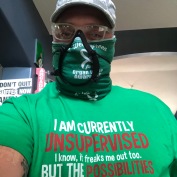 Please order your’s today & see the clinical trials (below as well) on our patent pending original product at themasket.com.

$20 each. Available in multicolors to match your brand. PERFECT for restaurants, bars, manufactures & any business looking to significantly reduce the spread of Coronavirus. The concept is simple & proven by completely sealing your mask (usually on the sides of your mouth & by the creases in the facial contour by your nose that allow air to flow unfiltered) to your face.

The obvious & MOST IMPORTANT benefit here is for the public health & protecting customers to a much greater degree from those servers who might not be symptomatic, but carriers. The other benefit for owners & workers is to have a greater chance of STAYING OPEN & not having to shut down due to a staff member testing positive.

To BUY or for more info visit themasket.com TODAY!

Use the promo code Rob10 for 10% off any order. Email me for any questions, more info, or media requests at: rob@3d-standard.com. This is a partnership between myself & long time 25+ year friends who own a local Houston based 3D Printing Business.

MY TIME AS CLUTCH

For over two decades Robert Boudwin was better known as Houston Rockets mascot “Clutch the Bear,” which was a character he created in 1995.  In addition to performing at over 1,500 games and 6,000 shows across the world in 12 countries he served as a content creator in the engagement economy helping to build the Rockets brand through in-game experience, event planning and management, grass roots marketing initiatives, community investment projects, creating an on-line presence & social media strategies.  He authored 7 children’s books & was producer of popular school shows reaching over 1.25 million elementary students at over 2,100 shows as well as being a published author for Chicken Soup for the Soul: Inside Basketball.  Robert was proud to represent his team, league and country by producing and directing an Armed Forces Entertainment Tour at 6 military bases in Bosnia, Kosovo and England as well as ten separate entertainment tours in China where he wrote, produced and directed scores of two hour NBA Entertainment showcases.  Boudwin was a 2006 inductee into the Mascot Hall of Fame in his first year of eligibility, 2 time NBA Mascot of the Year & a Houston Chronicle Hometown Hero in 2014.  In the summer of 2016 Robert opened his own Marketing Consulting Practice with the NCAA, Harris County Houston Sports Authority & Sam Houston Race Park being just some of his clients.  He writes and co-produces the annual Houston Sports Awards televised live on ABC for the Harris County Houston Sports Athority.  He was responsible for the re-branding of Sam Houston Race Park’s Live Racing Nights and planned as well as executed all the live entertainment elements and special events.  In 2016 Robert & long time friend & business associate Glenn Street of Street Characters (mascots.com) partnered to open & co-own MascotU (mascotu.org) where annually at the Official Mascot Hall of Fame they hold the world’s most established mascot conference/convention/camp with attendees from around the world ranging in ages from 8 years old to 58 years old.  Philanthropically he is best known for his work with organ donation awareness having run the Houston ½ Marathon twice in the full Clutch mascot costume promoting the cause and serving on the Corporate Board of Directors for Life Gift since 2014.  He also served on 3 separate committees & councils at the United Way of Houston with 1,000s of hours volunteer and having served as the UW Young Leaders Charis from 2010-2013.  He is a member of Leadership Houston Class XXXVI having graduated in June, 2018 & gave his first TEDx Talk in in 2017.  In addition to several other non-profit corporate board governance roles he has held he has also personally regularly dressed as Superman for The Make-A-Wish Foundation & Dream Night at the Houston Zoo in both cases for terminally ill children since 2012.  Robert was proud to join the UH Athletics Team as the Assistant Athletics Director of Marketing & Game Presentation in May, 2018 where he plans, scripts, produces and directs all the football and men’s basketball games.  He added the XFL to his list of consulting clients in 2019 advising at a league wide level on event creation, scripting, production & execution.  He also continues to serve several other clients on the side as well as speaking regularly on a host of topics guaranteed to inspire, educate, entertain & motivate!  Creating “Sticky Marketing” Content in the Engagement Economy, Providing Exceptional & Remarkable Customer Service, “The Clutch Effect” — The Power of Focus, Servant Leadership & The Best I Could Do…  The Worst I Did… A Story of Perseverance Through Adversity are some of his most popular talks.  For more information or video samples of his work he encourages you to visit him on-line at robertboudwin.com.  He resides in Spring, TX with his children, 2 sets of twins.

-Has coached, trained & consulted for over 500 mascots during his 30 year sports entertainment career for performers at every level from 8 years old to folks in their 60’s for organizations from sport to corporations as well as theme parks to non-profits

TRY NOT TO CRY…

“Robert provided an exciting and entertaining keynote address for our attendees. His unique story and fun approach left the audience inspired and energized – exactly what we needed to kick off our two-day Summit”

UNIVERSITY OF HOUSTON — May, 2018 – June, 2020
(videos below I ideated, wrote, produced, directed then implemented)

University of Houston — HOW WE START…

University of Houston — WHO WE ARE…

University of Houston — HOW WE COMMUNE…

MEN’S BASKETBALL INTROS — Check out the crystal clear on court projection that turns our court into a high definition movie screen & the BRAND NEW only been done once before by any sports team anywhere…Red COOG Phone Flashlights turning the Fertitta Center RED & answering the question of what happens when ME BECOMES WE with 7,000 UH FANS! GO COOGS!!!